The Syrian town of Madaya, along the border with Lebanon, was pitch dark by the time aid workers arrived on Jan. 11. It took more than eight hours for their convoy to travel from Damascus; the town lacked electricity and it had begun to rain.

In 2009 Stefano De Luigi shot a series of works based on the Kenyan drought, specifically within the Turkana region in northwest Kenya. Stefano, uses the drought as a lens through which to examine climate change more widely. follow link to interview and pictures in the vice magazine. 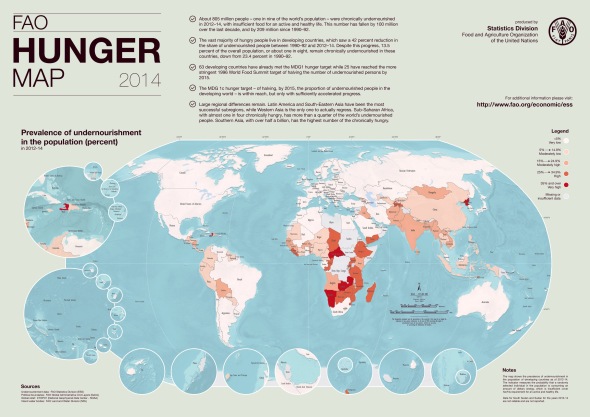 Malnutrition – If you had $75 billion for worthwhile causes, where should you start?

The problem of widespread undernutrition: Around 165 million pre school children suffer from chronic undernutrition. Because of inadequate food intake, repeated infection or both they fail to grow at the same rate as healthy, well-fed children.

In 2004, 2008 and 2012, the Copenhagen Consensus Centre held a series of global conferences. At each, an expert panel, including four Nobel Laureates, looked at twelve major global challenges, deliberating the question: “If you had $75 billion for worthwhile causes, where should you start?” read more 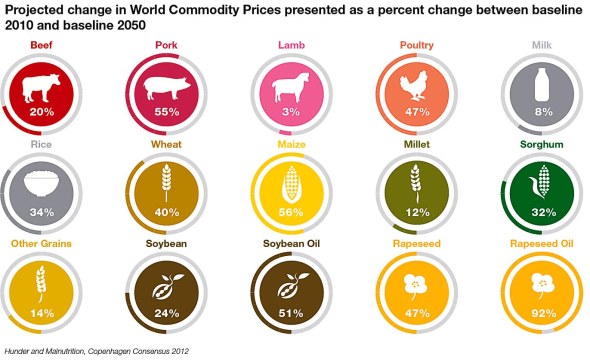 BENTIU, SOUTH SUDAN – MAY 2014: An Internally displaced girl stares at a severely malnourished government soldier, Jay Thiep, who was found unconscious near the airport when he was brought to the clinic at the base of the United Nations Mission in South Sudan in Bentiu, South Sudan, May 6, 2014. Thiep was thought to have been hiding without food for roughly three weeks in the bush following a retreat of government soldiers from Bentiu. Roughly twenty-five thousand IDPs live at the UNMISS base in Bentiu, and one million Southern Sudanese have been displaced from their homes since the start of the civil war in December 2013, pitting ethnic Nu’er against Dinka. Because of continued fighting, many have been unable to plant crops to harvest the next season, and aid organizations have been unable to preposition food in anticipation of the rainy season. According to the United Nations official coordinating humanitarian aid in South Sudan, if the civil war doesn’t stop, and the country does not receive international aid, South Sudan will face the worst starvation in Africa since the 1980s, when hundreds of thousands of people died in Ethiopia’s famine. see more Photograph by Lynsey Addario/Reportage by Getty Image

Pictures for the FEED project, by Joey L

The portraits in this post were taken to to support my friend Lauren Bush Lauren’s charity, FEED Projects. Lauren and I dreamt up a concept for the shoot over coffee. We would capture portraits of FEED’s celebrity ambassadors and influencers in a studio setting that felt classic, natural, and share a moment of intimacy between friends or business partners. It would be the first major advertising campaign effort for FEED, and although grassroots, the final images would live in a lot of major places, including Vanity Fair, Vogue, Harper’s Bazaar, Marie Claire, InStyle, Cosmopolitan, and Elle, just to name a few.
Link www.joeyl.com