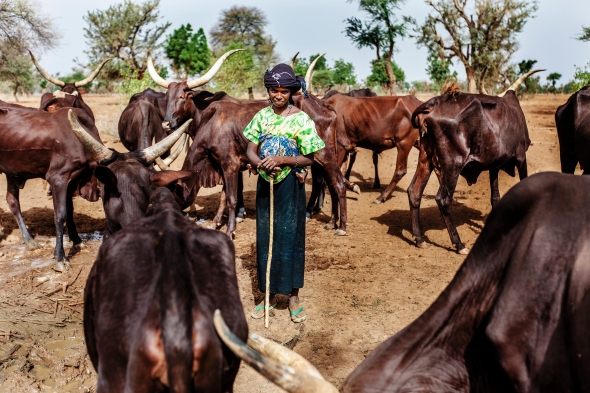 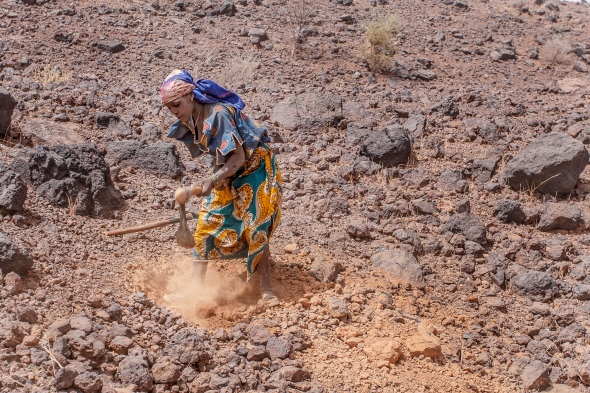 Part V of the Descendent of the Hyena Series.

Chapter I, II, III and IV

The Story of Zara, we follow in this series typifies the struggle of many households in the village of Guidan Koura a community in Niger and further afield throughout the Sahel. For many small farmers like her, 7the food and cash gained from their agriculture are just not sufficient to feed their children all year round. They must search for additional work throughout the year. In many rural areas of poor countries, however, regular employment is impossible. With the start of every day, the Zara has to scrape by perhaps find work with a wealthier villager. Or collect wood and to sell it on the roadside, send some older children away to relatives to see for protection and food there.

The young ones remain with her. But there is the physicality of all the task which make it difficult to look after the little toddlers. “if I am strong I take one on my back, to collect wood or fetch water. Zara says. “but usually I must trust the older girls to look after the little ones,  to keep them asleep, so they not noticed I am gone, and if they wake up give them some water, so they think they are not hungry and stop crying.” I can not keep up the breastfeeding as I am out the house for work most of the day and I have very little milk in my body when I am back. The poor nutrition is probably why so many of our baby fall ill with malnutrition and die in the dry seasons. Zara concluded thinking of her lost child (Part II of the Descendent of the Hyena Series). If all fails, we eat wild roots and leaves or I send the children to beg on strangers doors.

I have to go to work whenever I find some, no matter if I should look after my children or go to work on my farm. To weed or water the shoots. Poor people have no choice. To days work or lack of it is today’s food or a day of scarcity and hunger. This cycle then is the basic scenario for many rural people: living in a downward spiral of low productivity and resource degradation. But the picture would not be complete without considering how poor people try to cope and what this means for their future.

In 2009 Stefano De Luigi shot a series of works based on the Kenyan drought, specifically within the Turkana region in northwest Kenya. Stefano, uses the drought as a lens through which to examine climate change more widely. follow link to interview and pictures in the vice magazine.

When her small twins Ousseina and Alassane got thinner and thinner, their mother Zali brought them to the local health centre in the small village of Grado in Niger. Both twins were suffering from severe acute malnutrition, which can be fatal if left untreated. Photo Copyright S.Hauenstein Swan 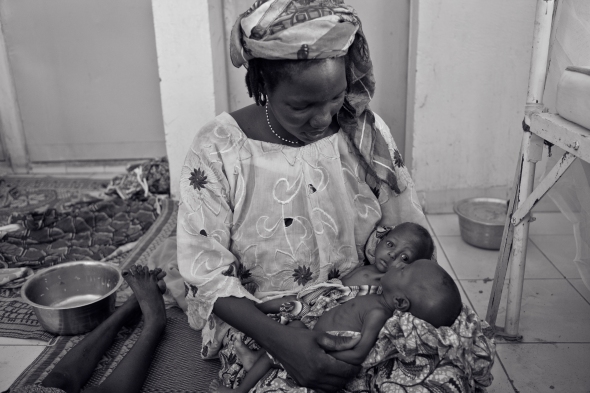 Seasonal hunger in the Sahel has once again escalated into a major food crisis. In Niger, shortfalls in food production, rising food prices and on-going poverty have pushed tens of thousands of families into food insecurity and thousands of children are suffering from severe acute malnutrition. copyright http://www.sambronx-photo.ch Samuel Hauenstein Swan link

There’s one thing I always do upon returning from a work trip. As soon as I leave my camera bag and suitcase on the floor I jump into the shower. I like having the water run down my face for a few minutes. I find it both relaxing and cleansing.

I never think much about how much water I’m using, I just tell myself that I “need” it, that I have a “right” to indulge after a long journey. I play around with the water temperature until I get it to that state where it’s neither too hot, nor too cold. After I finish, I head to the kitchen and make myself some food. That’s the same thing I did two days ago when I returned from Mauritania. But contrary to my habit in theses circumstances, I took a navy shower. I let the water run down my body just long enough to rinse the shampoo and soap off. The whole process took less than two minutes. Ten days in drought-stricken Mauritania photographing people rationing every bit of this precious and scarce resource are responsible for that change of heart.

Finding water and food to feed their families are the two main concerns of the population in Mauritania’s southern Gorgol region. What used to be the breadbasket of the country has, since the 1970′s, been significantly affected by climate change, causing a decrease in agriculture and the intensification of desertification. This has resulted in the exodus of many men from their villages to urban areas or even abroad to find jobs to support their families.

Women, the elderly and children have been left behind to work their land and care for their livestock. But that’s a very difficult mission when water supplies are running low due to severe rainfall deficit. If it does not rain soon, most crops and animal pasture will be lost and access to food for poorer families will become almost impossible.

After five years I revisited Tsare and her family in her village Guidan Koura central Niger. On assignment for Action Against Hunger. She leads a household of 9 people; I say she as her husband is absent for most of the year returning only for brief periods of a months or two to help with the planting.

Stocks have lasted only a month after the rains failed last year. The lean season has begun early and their meals are reduced drastically. In front of them is laid out what is their meal for the day. It is a bowl of collected wild leaves, she cooks with water, oil, groundnut cubes, salt, piripiri and Maggi. For the past three and the coming four months this was and will be their stable once a day. The children get some times some millet porridge. 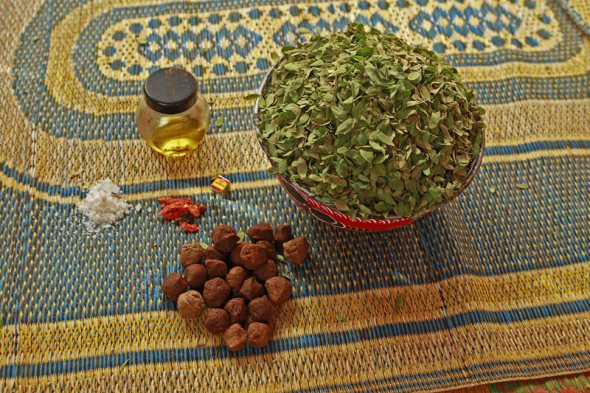